Blog  /  Your guide to: Canada 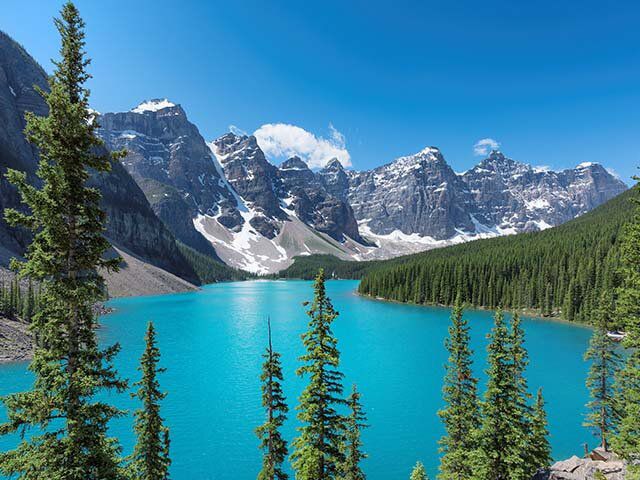 Your guide to: Canada

Your Montreal moment? It’s strolling by the river, or wandering around cobblestone streets. It’s taking on mountain trails mid-city, or bouncing from hidden hip hangout to neighbourhood bar. It’s switching between French and English, between traditional and cutting-edge. It’s tasting the latest food fad or filling your days with festivals.

What to see: Plan out days of sightseeing to tick off top tourist attractions in Montreal like historic Old Montreal, Mont Royal mountain or the many art museums.

Time travel? Experience it first-hand in Quebec City! One of North America’s first settlements makes past and present collide somewhere between the city’s old fortified walls and the trendy haunts of downtown districts. Proudly French Canadian, festive from summer to winter, this is where nature lovers, history buffs and lively locals converge–on the oldest streets of Canada.

What to see: Pencil in the must-sees: visiting the Chateau Frontenac, exploring the Old Town and discovering the best restaurants in Quebec City. Check out impressive tourist attractions like Montmorency Falls or the Plains of Abraham.

There’s no mix quite like the 6ix! Sleek skyscrapers dominate downtown, over 140 languages interweave over the urban din, cool kids congregate in hip cafes and bars and sprawling, diverse neighbourhoods are peppered with lush, green parks. Throw in breezy beachfront views with a buzzing entertainment scene and you’ve got trendy Toronto, one of Canada’s most fascinating cities.

What to see: Take on Toronto tourism! Boat tour or sightseeing bus? Find the best way to see all the top Toronto sights, from the CN Tower to the Art Gallery of Ontario and every stylish shop or market in between.

Imagine yourself here: savouring fresh seafood, hanging out on the harbour, and maybe joining in a jig or two. The home of Celtic heritage in the Maritimes, Halifax blends big-city living with seaside, small-town allure. Atlantic winds breeze through jagged, coastal trails, while downtown buzzes with an energetic live music scene. From sea to streets, Halifax has our heart.

What to see: Halifax is a great gateway to the Canadian Maritimes. Start from this city in Nova Scotia and explore its points of interest. Stroll around Halifax Harbour or hop on a sightseeing tour. Opt for a car rental to visit nearby Cape Breton and its Cabot Trail.

A pop of colour on the Atlantic, St. John’s shines for one of North America’s oldest cities. A harbour town brightened by candy-hued houses, Newfoundland’s capital compels you to its steep streets, where traditional tunes echo from pubs and a tipple with the locals is welcomed. Whales, icebergs and seabirds might pass by its shores, but you'll definitely want to stick around.

What to see: Check out Newfoundland tours of top tourist attractions, like Signal Hill, the Cape Spear Lighthouse, The Rooms museum and more.

Boasting the highest tides in the world, the Bay of Fundy pulls surging seawater into its split-shaped basin, bordered by unique rock formations and sea cliffs. While other small towns dot its coast, Saint John is the bay's only port city, its bustling seaside gateway. Go from a historic farmer’s market to a busy harbour, through quaint streets to a beautiful national park perched on a peninsula.

What to see: Saint John, New Brunswick is a great base from which to discover the Bay of Fundy and its attractions. Go whale watching with boat cruises across the bay, discover the Reversing Rapids or hike around Irving Nature Park. Dine at the best restaurants in Saint John around Market Square, facing the water.

Scenic, laid-back and overlooking the ocean, it’s hard to beat Vancouver views. Close to Canada's most grandiose landscapes, Vancouver offers a taste of city action before you delve into the great outdoors. Savour the best Asian cuisine in North America, gawk at downtown's glass towers or take on rainforest trails right in the city. Vancouver is an urban oasis on nature's doorstep.

What to see: Get ready for all of Vancouver's tourist attractions, like the Vancouver Aquarium or Stanley Park. Top things to do in Vancouver include discovering Chinatown's restaurants and the Vancouver Lookout at Harbour Centre.

Giddy up for Canada's fun-loving wild west: Calgary! True grit takes centre stage at a rowdy, annual rodeo, earning the city its raucous nickname of Cowtown. When it's not horsing around with cowboys and cowgirls, it's serving up craft beers and original cuisine, stellar shopping and a surprising arts scene. Oh, and did we mention it's near one of Canada's best national parks? Yee-haw!

What to see: A trip to Calgary should include a stop at top tourist spots like the Calgary Tower, the Calgary Zoo or the Studio Bell. There are exciting Calgary events all year, but pencil in a July visit to catch the Calgary Stampede. Plan a day trip from Calgary that will take you to gorgeous Banff National Park and stellar Lake Louise.

Like the brisk wind across the plains, Winnipeg is a breath of fresh air. Its location, at the junction of the Assiniboine and Red rivers, is a historic gathering place, first for Canada’s First Nations and then its fur traders. Where trade once thrived now rises a charismatic city complete with fascinating architecture and an innovative cultural scene set around ever-evolving neighbourhoods.

What to see: Wander to Winnipeg and explore the exciting capital of Manitoba! What to do in Winnipeg? Stroll around the historic Forks or Exchange districts and visit the stunning Canadian Museum for Human Rights or the Assiniboine Park Zoo. You can also opt for adventure with a winter wilderness tours from here to Churchill, the polar bear capital of the world.