Blog  /  Why East Africa is the Ultimate Safari Destination 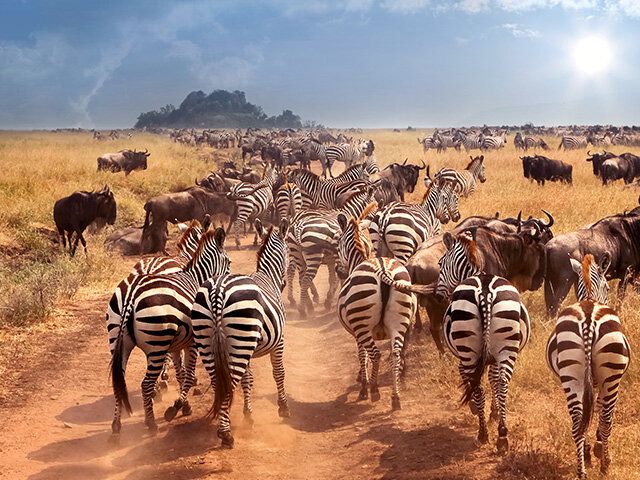 Why East Africa is the Ultimate Safari Destination

East Africa offers so many beautiful places for wildlife viewing. We're going to focus on some of the top spots in Kenya and Tanzania, two of the most popular countries for safari. Many itineraries will combine visits to both of these countries together.

Home to a stunning array of big game, the Masai Mara reserve in Kenya is considered by many to be Africa's greatest wildlife reserve. With its vast plains, studded with the odd acacia tree, and a fantastic diversity and density of wildlife, it is not hard to see why.

What really makes the Masai Mara stand out is the abundance of wildlife. There are very few places on the continent that offer such good viewing of the 'Big Five' and the Mara also hosts the Great Migration's immense herds towards the end of the year. This is the greatest wildlife spectacle on earth, when over a million wildebeest cross plains, valleys, and rivers in search of fresh pasture.

Another great spot for watching the Great Migration is the Serengeti, located on the border with Kenya. The name 'Serengeti' is derived from the Maasai language and literally means 'endless plains.' The landscape here is the Africa you’ve always imagined and seen depicted in the Lion King and Out of Africa.

A UNESCO World Heritage Site, the Ngorongoro Crater in Tanzania is the largest unfilled inactive volcanic crater in the world. However, it’s not entirely empty as a wildlife spectacle unfolds in this dramatic setting, with hundreds of thousands of animals coming to graze in the plentiful crater, which has a permanent supply of water and abundant vegetation. It is also one of the most mesmerizing natural features in the world and is one of the top spots to find the 'Big Five' and the extremely rare black rhino. If your goal is to see as many animals as possible in as little time possible then the crater is the perfect place.

Although this is technically a National Park, in reality it’s more like a shallow lake,since two thirds of the land is covered in water. This makes it an excellent home for thousands of animals like hippos, flamingos and wildebeest. In the dry season, when the water dries to mud, the park then becomes home to giraffe, elephants and zebras. No matter the season it makes for a diverse and beautiful wildlife experience.

Want to experience the wonder for yourself?