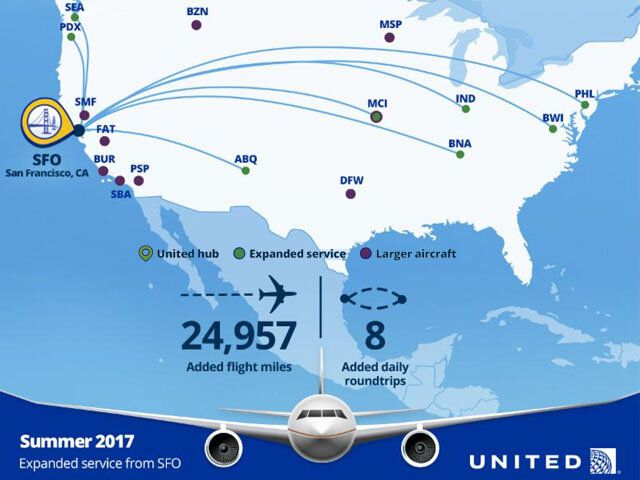 Larger aircraft on daily service between SFO and 10 cities

United has approximately 300 daily departures to nearly 100 destinations from San Francisco, more than any other carrier in the Bay Area.

New trans-Atlantic service
Earlier this year, United announced new service to 31 destinations across the U.S. and Europe, including new seasonal service between San Francisco and Germany. Starting May 24, for the first time ever, United will launch nonstop, seasonal service between San Francisco and Munich (MUC). The route will be operated with one of the most advanced passenger airplanes, the Boeing 787 Dreamliner, which delivers unprecedented operating efficiency, comfort and lower emissions.

There is no change to United's full-year 2017 capacity guidance.