Blog  /  The Best Places in Canada to See the Northern Lights 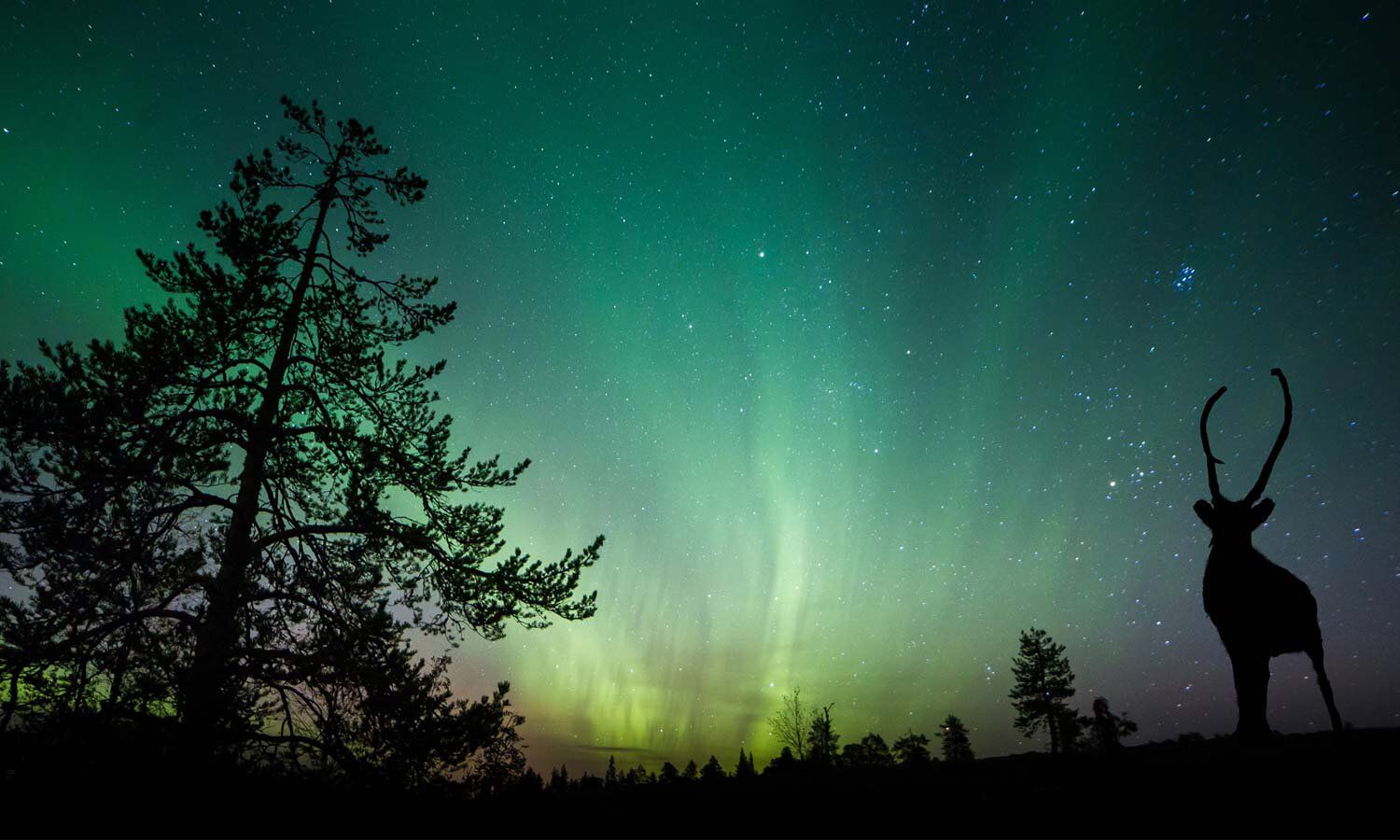 The Best Places in Canada to See the Northern Lights

Here are some of the best Canadian places to watch the ethereal green—and yellow and pink, if you’re lucky—lights dance across the night sky.

The Yukon is known for its long, dark winter nights, and for its reliable display of northern lights that make the territory feel magical throughout its coldest season. For an extra-special viewing experience, relax in the soothing waters of Takhini Hot Pools beyond the reach of Whitehorse’s city glow and enjoy the nighttime show.

This northern Alberta community (located about two hours from Edmonton) is home to the Athabasca University Geophysical Observatory, a research centre that studies the magnetic effects of the aurora borealis. Though the facility is closed to the public, you can travel into the surrounding boreal forest by snowshoe or cross-country skis. Take the Muskeg Creek trail or stroll along the south bank of Athabasca River on Rotary Way to take it all in.

With the Canadian Shield on one side and a sprawling expanse of water on the other, the north shore of Lake Superior provides one of the most awe-inspiring backdrops for viewing northern lights. Go about an hour from Thunder Bay to Thunder Bay Lookout at Sleeping Giant Provincial Park for a spectacular view of the night sky above Lake Superior.

The capital of the Northwest Territories is ground zero for northern lights viewing in North America, thanks to a host of favourable, natural attributes. A flat landscape makes for an unobstructed sky view and low precipitation results in regular cloudless skies. Yellowknife also lies in the Auroral Zone, the region where auroras are most commonly seen. View them from a Jacuzzi, a heated lounge chair or while dog sledding with Beck’s Kennels.

Because Churchill is located beneath the Auroral Oval (the collision of atoms and molecules that protect the atmosphere from geomagnetic storms, creating the northern lights) it boasts some of the best views of the natural light spectacle. Frontiers North Adventures offers a unique viewing experience in its Tundra Buggy, a multi-terrain vehicle which traverses Churchill’s northern landscape for views of the northern lights. There’s a chance you might event see a polar bear. Although Churchill is off the beaten path from Winnipeg, this inimitable, once-in-a-lifetime experience is worth the trek.