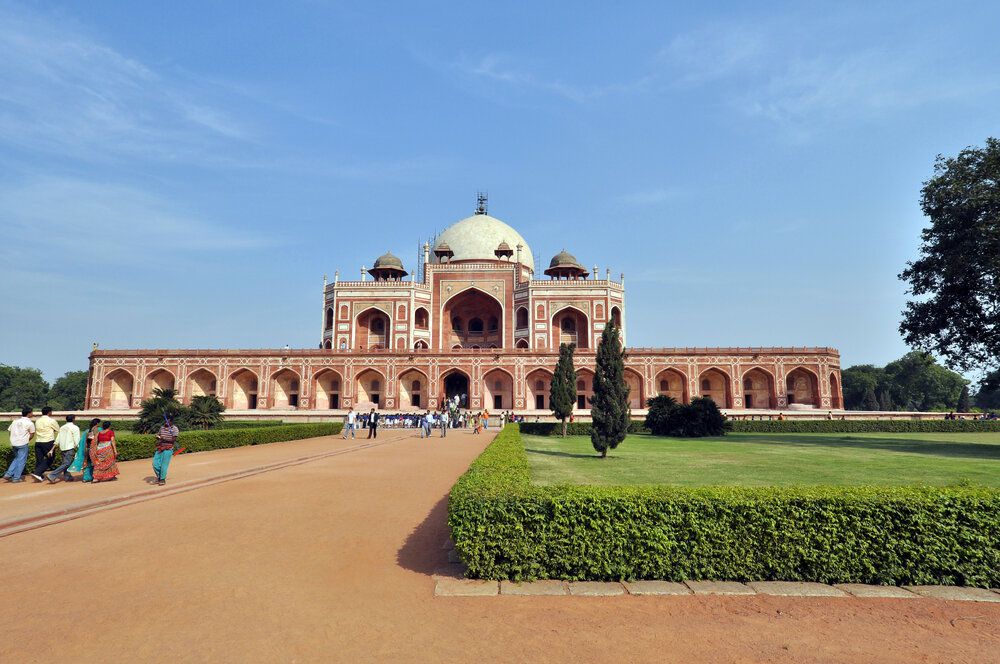 Humayun’s Tomb is an outstanding example of the formative years of the Mughal Empire. The Mughal scheme and the garden tomb exemplify the extent of the Mughal architectural genius. The tomb’s architecture would later be enhanced to form the even more beautiful Taj Mahal, the mausoleum of Mamutaz, the wife of Mughal Emperor Shah Jahan.

The tomb of Humayun was built for the second Emperor of India by his widow, one Biga Begum. It was built 14 years after the death of Humayun, at a cost of 1.5 million rupees. The construction was led by an architect known as Mirak Mirza Ghiyath. The mausoleum would later be used as burial site by members of the ruling family. It contains 150 graves and has been aptly described as ‘the necropolis of the Mughal dynasty’.

The tomb is located in the center of a garden that is laid out in a fourfold style. It features pools joined by channels. On its southern side, you will find the main entrance but there is another entrance on the western side. On the center between its north and Easter walls is a pavilion and bath. The mausoleum is perched on a high, wide and terraced platform. It features arched cells on its sides.

The Humayun’s Tomb showcases the evolution of Mughal architecture. It was to be followed by a series of tombs construction for most of the elite families in the Mughal Empire. Due to its sentimental value, it was respected throughout the centuries and thus largely retained its original character. The fact that it is located near to other beautiful sites such as Taj Mahal and Agra Fort makes it even more alluring.

Your journey of India cannot be complete without having a chance to see the beautiful tombs of the Mughal dynasties. The tomb is an ideal background to take a beautiful picture. The fun thing about touring India is that most of the destinations are cheap. With a budget of just US$500, you will visit so many destination that your camera memory will run out of space for additional pictures.