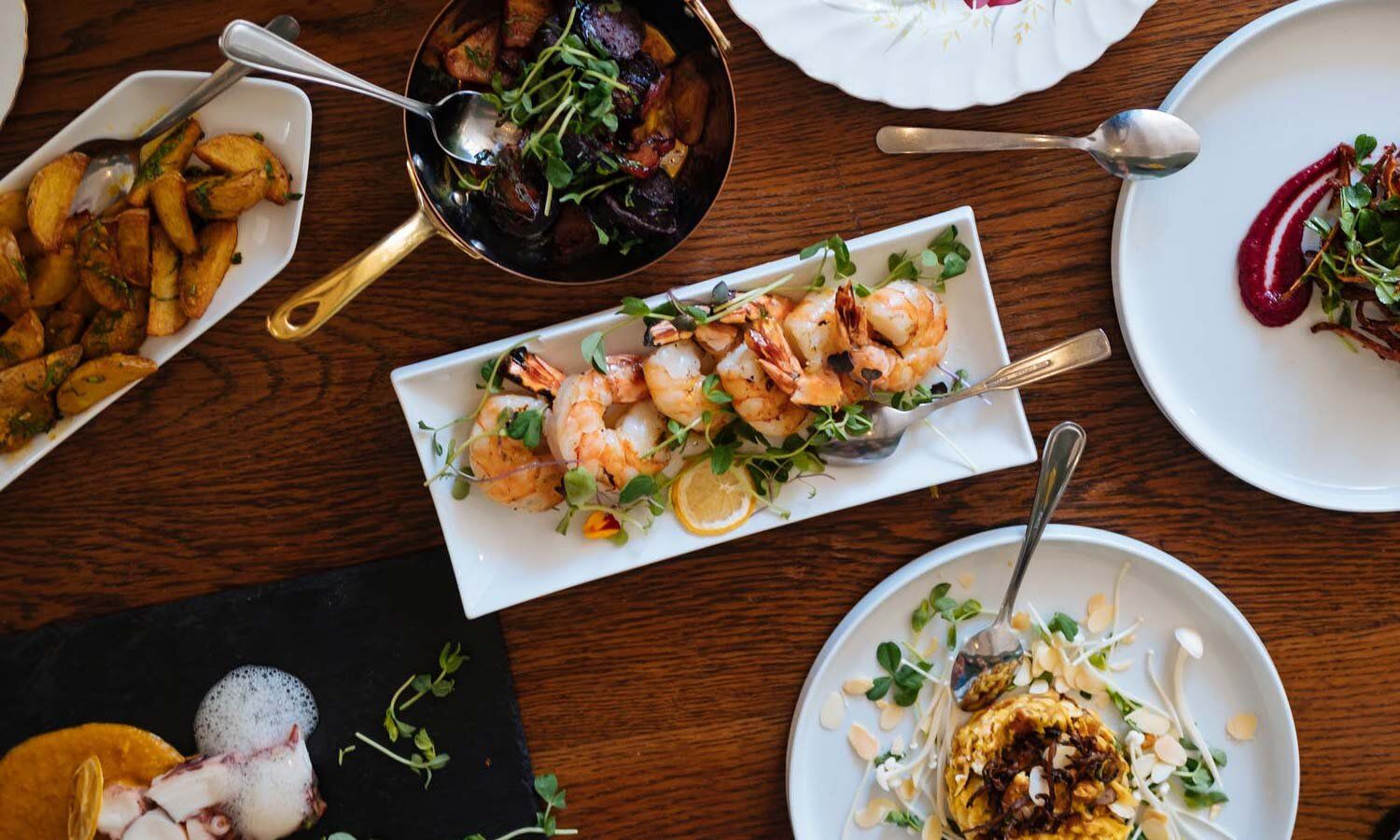 Located in the Ice District of downtown Edmonton, Bündok features an inventive menu in an austere, but inviting space. Its name means a place that's rural or off the beaten path, and the small plates change seasonally as ingredients become available.

The restaurant is named for a locally iconic oversized plywood cutout of a 1930s comic book character that now resides in the corridor near the bathrooms. And its concept represents the confluence of two trendy restaurant ideas: family-style service and vegetable-forward cuisine. Although vegetables dominate the menu, there is a strong selection of fish and meat, from tuna crudo and seared pickerel to hanger steak.

This bar-restaurant hybrid plays up the exposed brick, wood beams and split-level layout with mid-century additions that give it a slight rumpus room ambiance. Here, a Scandinavian fireplace, there, long banquettes, all over, plants in macramé hangers. It's the perfect setting for a chill lunch, or an evening or late night out with plenty of cocktails and wine.

Shokunin Izakaya is Chef Darren MacLean's take on a contemporary Japanese restaurant. After his success on Netflix's The Final Table and an extended stay in Tokyo, he was inspired to set up Shokunin Izakaya, curating a menu of traditional Japanese dishes with a twist.

Everything about Bar Von Der Fels suggests relaxed confidence. The venue is tiny—just a handful of tables and seats along a strip of bar—and the kitchen is barely large enough for a chef to turn around in, but the personality of Bar Von Der Fels belies the square footage it occupies. As the highest-ranked restaurant from both Calgary and Alberta on Canada's 100 Best Restaurants of 2020, Bar Von Der Fels is a must try!

Thinking of visiting Alberta?
Here are some popular trip ideas for you.