Being the second-largest country in the world, Canada hides endless treasures between its famous cities and most iconic attractions. We think a great way to discover them all for yourself is simply letting the freedom of the open road take you away. You never know where you could end up! Here’s our breakdown of some of the best road trips in Canada. 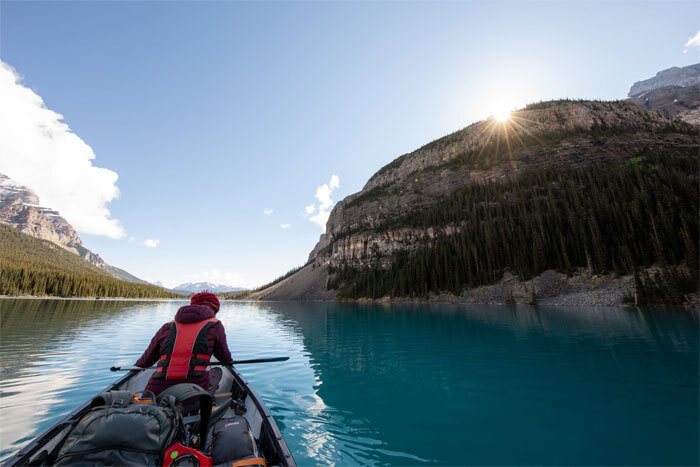 Nothing says "epic Canadian scenery" like driving around our country's unforgettable west coast. Between Calgary or Edmonton and Vancouver, the road is peppered with legendary national parks, the country's most stunning lakes and the incomparable peaks of our most famous mountains.

Take the wheel and try one of Canada's famous routes: the Sea to Sky Highway, a spectacular road winding its way from Vancouver to Pemberton, cutting through Squamish and Whistler on the way, or the Icefields Parkway, connecting Banff National Park with Jasper National Park and serving up incredible roadside views of the Canadian Rockies.

For more sea and less summits, you could also opt for an unforgettable drive from Vancouver to surfer mecca Tofino over on Vancouver Island, perhaps taking a bit of BC's Sunshine Coast on the way to discover rich First Nations cultures. 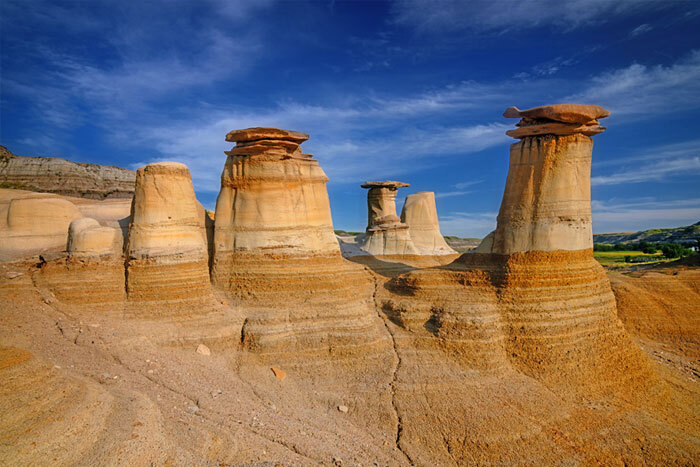 Did you know Canada is home to the Dinosaur Capital of the World? Hitting the road between Calgary and Drumheller (the city that earns that pre-historic title!) is a little bit like travelling back in time. It's easy to imagine dinosaurs stomping about the otherworldly prairie landscapes of the Alberta Badlands. You can even follow in their footsteps at Dinosaur Provincial Park in Red Deer River valley!

Want to feel like you're on top of the world? Head way north! Yukon's Top of the World Highway links the historic site of Canada's gold rush, Dawson City, with Alaska. As you can imagine, the scenic views are infinite, coloured by hills of reddish hues and fog-crested verdant mountains as you look down on the valleys bordering the route. Slow your pace on the road, you might cross some of our favourite locals: moose, black bear, elk, caribou and more!

3. For Foodies on the Road 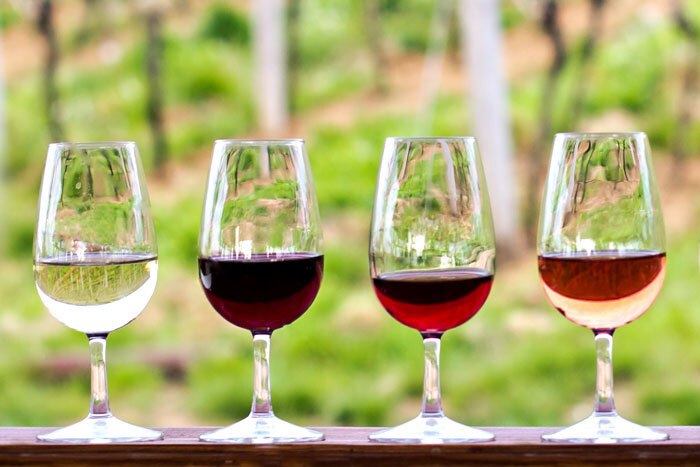 During most road trips, you usually just stop for food to rest and re-fuel. But sometimes, the food is the destination.

Over on the west coast, hit the Pacific Marine Circle Route for a beautiful loop around Vancouver Island, crossing the Cowichan Valley, home to countless farms, vineyards, cider mills and distilleries. Don't worry, the route also leads you to Port Renfrew, where the Juan de Fuca Maritime Trail balances out indulgence with some hiking. We also love the drive from Kelowna to Osoyoos that takes you through the countless vineyards and abundant farms of the prolific Okanagan Valley.

It's not just Canada's west coast that's blessed with sprawling wineries. If you're driving from Toronto to the iconic Niagara Falls, you can visit the wineries around Niagara-on-the-Lake, a charming old-time town surrounded by Ontario's famous wine-growing region. 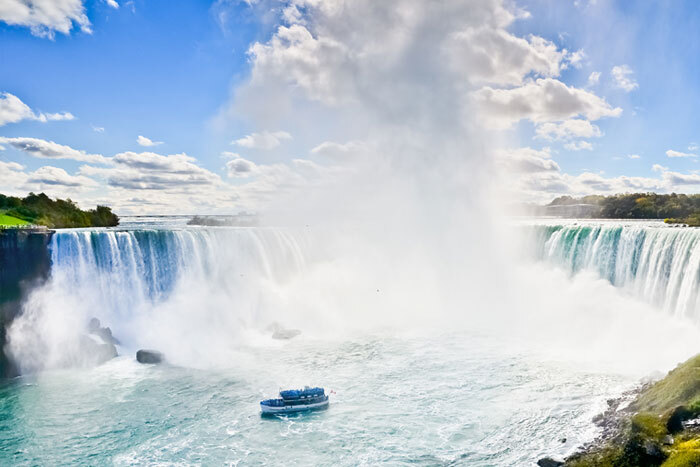 The CN Tower, Niagara Falls, Parliament Hill, the walls of Quebec City—these all rank high on any Canadian travel bucket list. One unforgettable road trip lets you check them all off: a sweeping drive from Toronto to Quebec City. You'll be able to stroll the streets of 3 major Canadian cities and follow the St. Lawrence River to whale-watch in Tadoussac and soak in the scenery of Lac Saint-Jean.

Another epic drive we enjoy along the St. Lawrence is the one leading from Quebec City to the beautiful Gaspé peninsula. Hands-down one of the most scenic roads in Quebec, you'll take in picturesque coastal towns like Matane, Gaspé and Percé. If you're more into colourful forests that stretch out as far as the eye can see, surrounding countless hidden lakes, you could also try the drive from Montreal to the gorgeous Laurentides region!

Alternately, veer off the beaten path and take on Ontario's Georgian Bay Coastal Route, curling around 30,000 islands, including Manitoulin Island, the largest freshwater island in the world. 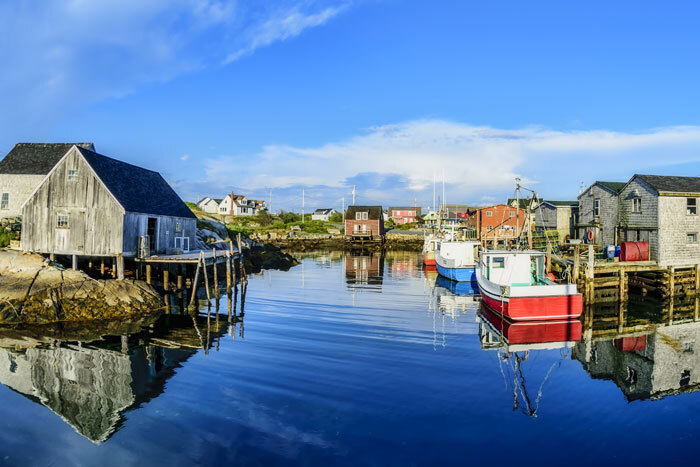 The Maritimes might be Canada's smallest provinces, but that doesn't mean they lack immense road-trip potential!

In Newfoundland, there is even a route impressively called The Viking Trail, representative of the province's Nordic history and stretching from the friendly town of Deer Lake, through the incomparable glacier-carved fjords and towering cliffs of Gros Morne National Park, to the northern end of the province.

The Cabot Trail is another Maritime road trip to experience at least once in a lifetime, weaving around the spectacular coastal scenery of Cape Breton Highlands National Park in Nova Scotia. In Nova Scotia, you could also let the Lighthouse Route guide you from Halifax, down the province's South Shore, across picturesque fishing villages and around a rugged coastline peppered with lobster lunch stops and lighthouse photo ops.